A Mermaid for Christmas

A mermaid movie filled with warmth, humor, whimsy, magic, and a Christmas miracle. A combine classic Christmas movie themes with an escapist fantasy element that only a mermaid can provide!

Two rival record collectors attempt to con an old lady out of a rare, but cursed, 1930s Blues record. When a series of unfortunate circumstances lands them in jail, the feud festers for over twenty years until they are released from prison and get a second chance at snagging the vinyl, this time from a more formidable foe.
Play Trailer

In 1941 Ulric Cross, a young man from Trinidad, leaves his island home to seek his fortune. He survives the WW2 as the RAF’s most decorated West Indian.
Play Trailer Read More

A Ph.D. student investigates unusual seismic activity in Los Angeles, leading to a cabal of elitist scientists, who plan to weaponize Nikola Tesla's most secret research to manipulate thought patterns and earthquakes.

In this story inspired by real characters, three girls from America, Nigeria and India are trafficked through an elaborate global network and enslaved in a Texas brothel, and must together attempt a daring escape to reclaim their freedom.

Dorcha tells of a curious tale about Death, Demons and Deception channeled through Changelings, Witchcraft and everything in between.
Play Trailer Read More

Best friends Samuel and Jesse travel to London after a life-changing event in Samuel's life. They find themselves in trouble with the Punjabi mafia, Interpol and in inappropriate couplings.
Play Trailer Read More

Million Loves in Me:

MILLION LOVES IN ME follows the story of a wealthy mother and daughter who suffer from the psychological issues of obsessive-compulsive disorders, and their controversial private lives are exposed to the public through a charge of their animal hoarding behavior by the police.
Play Trailer Read More

Think you know London? Think again…London Rampage takes you on a dangerous journey through a modern city that carefully hides its dark underbelly of drugs, extortion, guns and illegal fight tournaments.

With over 40 years of experience developing, producing, distributing and financing motion pictures and companies, we are available to act as an advisor and consultant for your next film or television project. We are experienced in story writing, script development, corporate finance, production and distribution from the inception of an idea to distribution of the media content worldwide. ABOUT US 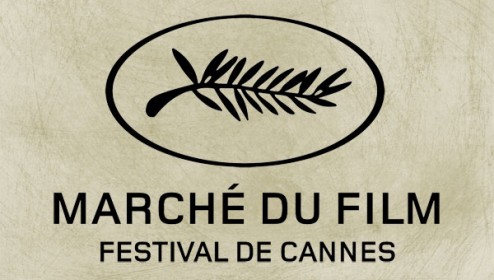 We have an exhibitor booth at the major film markets including Cannes, the American Film Market and Hong Kong. We also frequently attend Sundance, Berlin, Toronto and Mipcom film festivals and markets.  Between the markets we proactively meet and work with media buyers worldwide. Contact us if we can help you with asset creation or finance including reviewing film and media asset libraries and potential acquisitions. Read more ABOUT US.

Become a part of California Pictures
online and enjoy all of our films and new movies direct from our studio in LA.

Each month we'll send you a newsletter with press announcements, writer profiles, interviews with our directors and insights from Steven Istock, a 20 year film industry veteran. Learn about the industry and get behind the scenes with our "Hollywood Insider" newsletter.