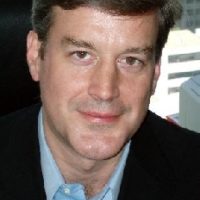 Steven is the President and CEO of California Pictures based in Hollywood Hollywood, California. Under the California Pictures banner, Istock produced and distributed the family drama “A Warriors Heart”, the science fiction action thriller “Scavengers” and was an Executive Producer on the James McAvoy film “Filth”, based on the novel of the same name by Trainspotting author Irvine Welsh.

Istock has over 20 years of substantial finance experience in corporate, media and real estate finance specializing in the structuring and closing of debt and equity transactions in excess of two billion dollars. He was one of the top new business producers in the country for both Merrill Lynch and Bank of America. He was the banker for clients including MGM, Digital Domain, HKM, Asylum Visual Effects, Academy Tent and Canvas, Sweetener Products, California Clinical Trials, LNR Property Corporation, and Media Services, one of the largest production accounting and payroll companies with many of film studio, network and guild clients including the Screen Actors Guild. Istock has financed several movie productions including “A Warrior’s Heart, “Scavengers” and “Filth” and continues to advise domestic and international filmmakers on debt and equity structuring, production, distribution and finance for a variety of projects in the beginning, middle and closing stages of production.

CONTACT STEVEN: This email address is being protected from spambots. You need JavaScript enabled to view it.

Steven Istock and his team at California Pictures are Hollywood Insiders that offer upcoming filmmakers insights and opportunities to pitch their scripts and ideas to top professionals.

Steven and his team have a track record of successful film projects.

Contact Steven to discuss licensing or distributing your film. Available for an Advisory Role or Financial Advice for your next film project.

Steven Istock has been a leader in large financial institutions like Merrill Lynch and Bank of America and has decades of experience in Financial Planning for large and small projects.